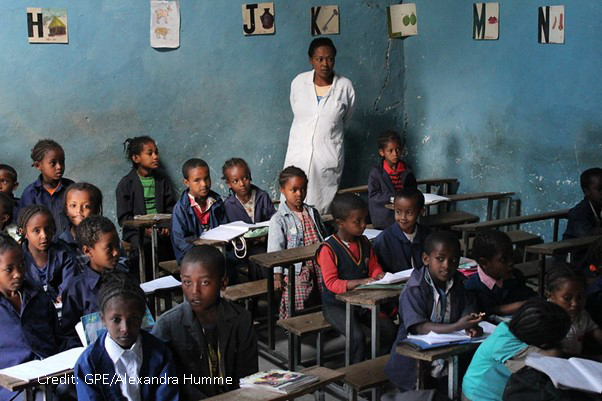 This blog was written by Janice Kim, Pauline Rose, Dawit T. Tiruneh and Ricardo Sabates from the Research for Equitable Access and Learning (REAL) Centre at the University of Cambridge and Tassew Woldehanna, President of Addis Ababa University. This blog was originally published on the RISE Programme website on 4 May 2021.

As a result of the global school closures from the COVID-19 pandemic, the international community has been worried about the implications for children’s learning. This has been a particular concern for children living in rural areas and from poor families who lack access to technology that would enable them to continue learning at home. Since schools have reopened in many countries across the world, research is starting to identify the actual effects on learning, particularly for populations that have had less opportunity to study remotely. In this blog, we provide some emerging evidence from Ethiopia.

Schools in Ethiopia closed in March 2020 as the pandemic began to take hold, and started to reopen from October 2020, with a phased approach prioritising schools in rural areas. As schools reopened, children joined the next grade so, for example, those previously in Grade 5 joined Grade 6. At the beginning of the school year, they received catch-up classes over a period of 45 days aimed at covering aspects of the curriculum that had been missed during school closures.

From October 2020, after the catch-up classes had taken place following schools reopening, we re-tested around 3,050 students who we had assessed at the beginning and end of the school year in 2018-19, as part of our RISE Ethiopia work. Our data show that dropout was lower than might have been anticipated, with 87% of children who reached the end of Grade 4 in 2019 returning to Grade 6 when schools reopened at the beginning of the school year in 2020. A similar proportion of children from rural and urban areas, as well as of girls and boys, returned to school. We were able to test those students who returned to their classes, as they entered grade 6, enabling us to identify how their learning has been affected by school closures.

At first glance, there are promising signs of some improvement in numeracy scores since these children were last tested. However, on closer inspection, we find that learning levels are considerably below what would be expected if they had continued on the same trajectory as their gains in learning in grade 4. For those in urban areas, their learning progressed at less than half of the speed that would have been expected if they continued at the same pace. Progress was even lower for rural students, whose learning progressed by only one third. This is of particular concern as the above results show that the already wide rural-urban gap has probably widened (see Figure 1). Similarly, when we disaggregate the results by girls and boys, we find that gains for both are lower than would be expected, though there appears to be a slight (but not significant) narrowing of the gender gap. 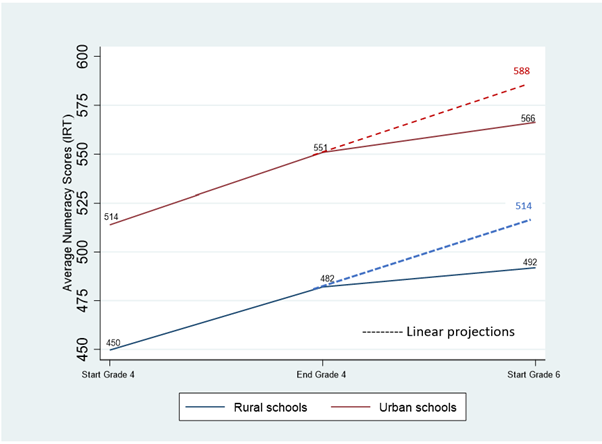 As schools reopened and students completed their catch-up classes, we also re-tested 2,645 children in schools and households aged between around 6 and 7 years, who we had previously assessed when they were of pre-primary-school age in November to December 2019. Encouragingly, the vast majority of those children who had been attending a government pre-primary class in 2019 before school closures, returned to school, with 22% returning to O-Class, and 70% entering Grade 1 of primary school. There is also evidence that numeracy scores had improved for these younger children over the period of school closures. Given we were not able to test these children prior to pre-primary education, we are unable to identify whether their learning gain was along the same trajectory as would have been expected without school closures.

There are strong indications of continuing, and even widening, of inequality in learning for these younger children as schools reopened. Notably, an overall widening divide between rural and urban areas following school closures is apparent amongst these younger children. Moreover, among those who attended pre-primary education, learning gains were greater for urban children compared with rural, nearly doubling the gap. A widening gap between urban and rural children who had not attend pre-primary education is even more noticeable, with the gap becoming five times wider. This results in rural children with no pre-primary education being even further left behind (see Figure 2).

A similar pattern is evident for those in different wealth groups, with the poorest children with no pre-primary education showing the slowest gains in learning. This is likely to be due in part to poverty being more pervasive in rural areas. As with the older children, when we disaggregate the results by girls and boys, we do not find a change in the gender gap following school closures. 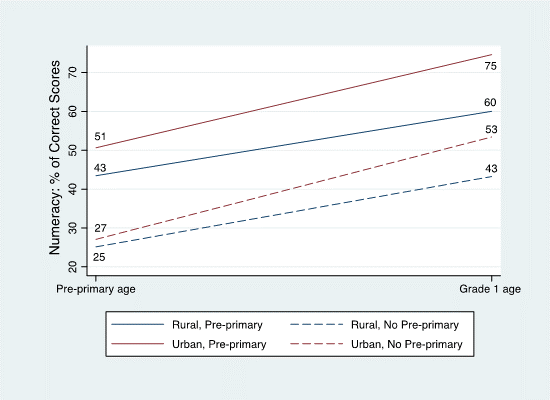 The widening of the gap in learning between rural and urban areas in both pre-primary and primary education is perhaps partly to be expected. Our evidence collected via phone surveys during school closures identified that teachers in rural areas were less able to support children’s learning, and that households had more limited access to technology and faced other pressures that meant they were less able to support children’s learning at home.

Sadly, our emerging evidence confirms concerns that school closures have disproportionately hit the most disadvantaged. The Ethiopian Government has been responsive to this, including by prioritising the opening of rural schools. However, it is clear that far more needs to be done to prevent the pandemic from having long-lasting effects on children’s futures. Continued attention to a focus on all children achieving the foundational skills will be vital, with a focus on those who are being left behind. Increasing investment in pre-primary education should also be a priority, given the wide gap that remains between those with and without pre-primary education. Ongoing monitoring on the effects on learning for different groups of children of the kind in this blog will be essential to ensure rapid, flexible responses so that all children are learning. And, importantly, it will be critical that this monitoring not only assesses children’s academic learning, but also their socio-emotional learning, which is likely to have been affected by the pandemic. This is an area we are currently exploring further in Ethiopia, and initial findings will be shared soon.

We are grateful to the Research for Improving Systems of Education (RISE) programme, Lego Foundation, and World Bank Early Learning Program for funding the research presented in this blog. Further funding for related research has also been provided by the Bill and Melinda Gates Foundation. 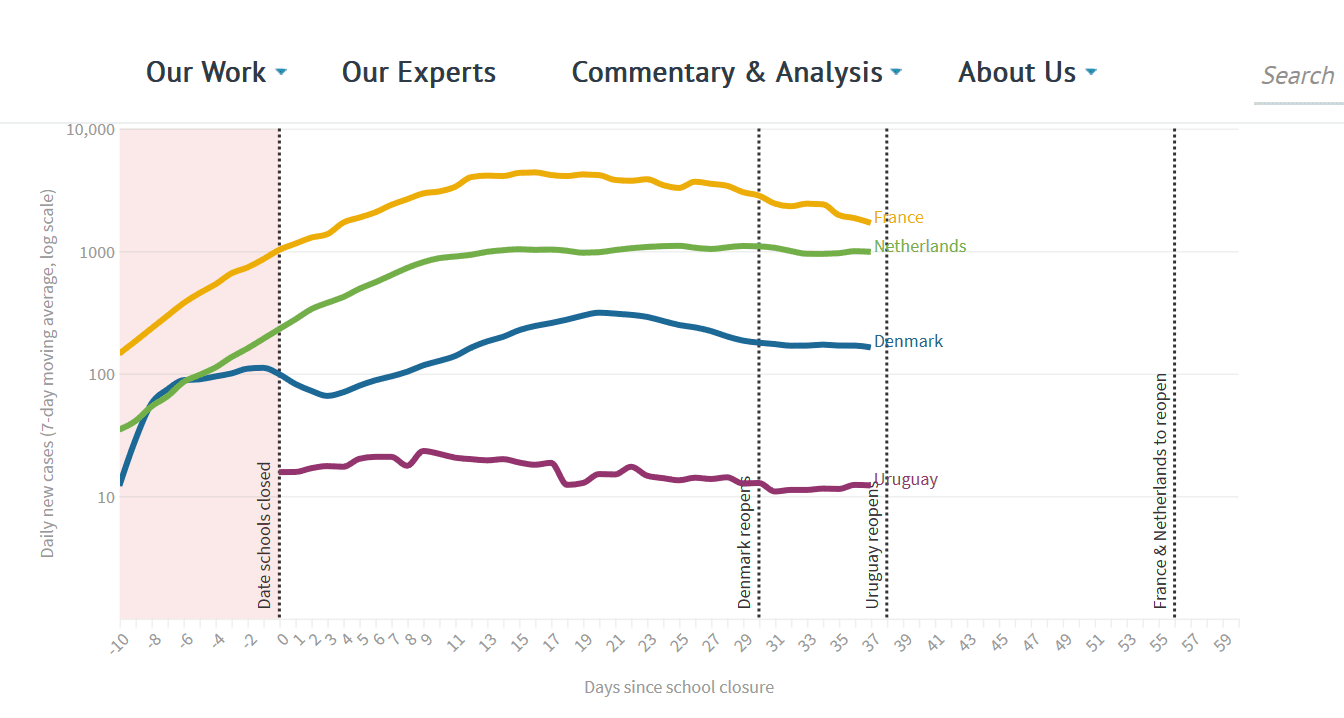 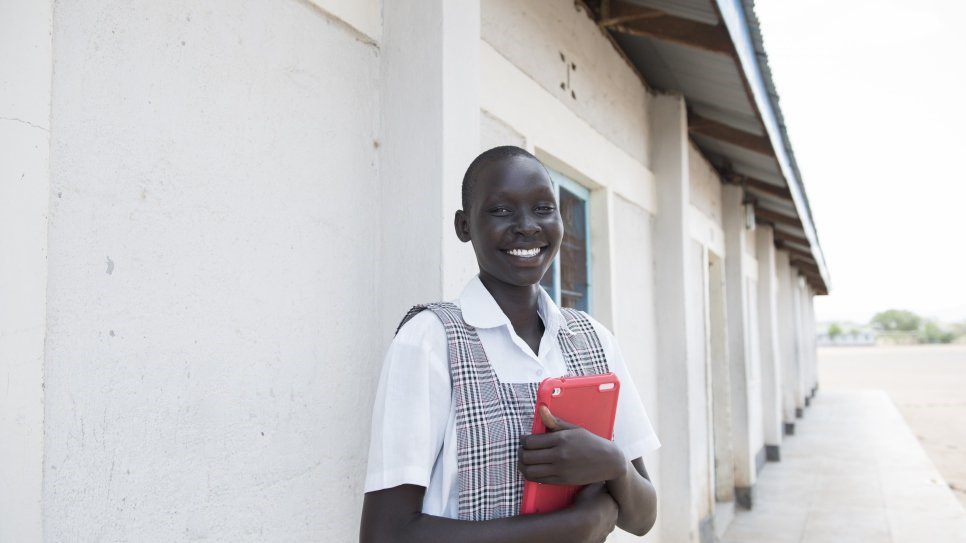 How to ensure everyone can continue learning amid the coronavirus situation 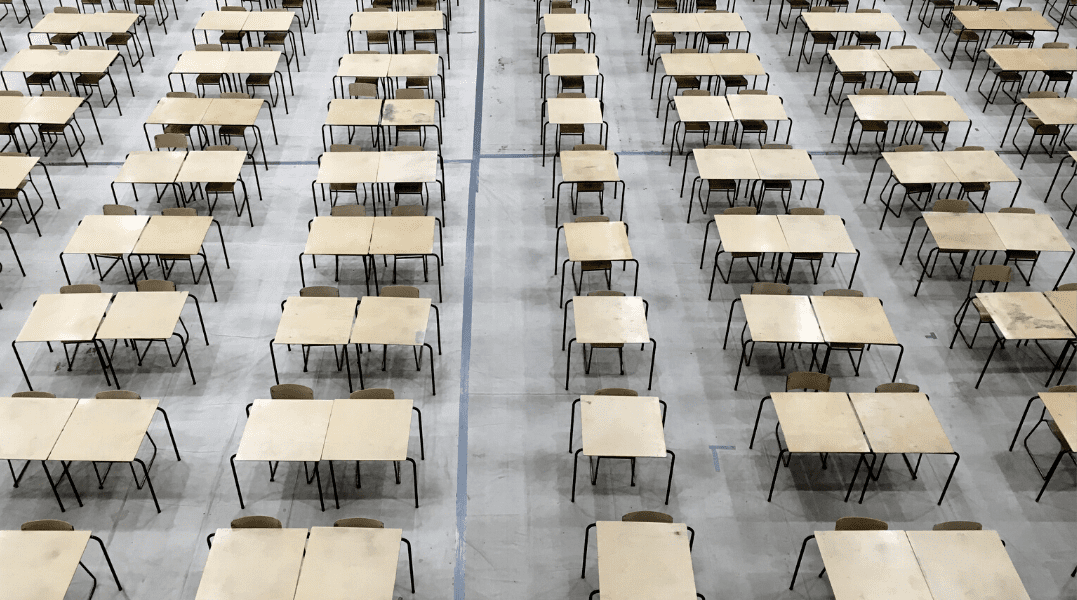