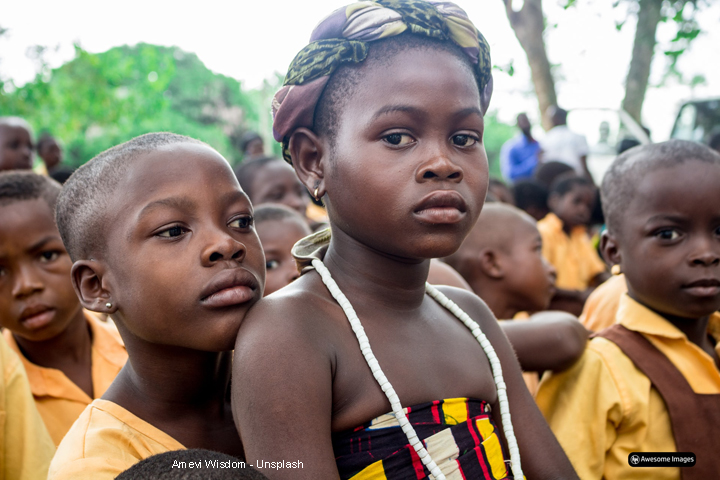 This blog was written by Michelle Kaffenberger and Marla Spivack, RISE Directorate; Danielle Sobol, Consultant; and Deborah Spindelman, REAL Centre at the University of Cambridge. It was originally published on the RISE Programme website on 14 June 2021.

A new paper shows that girls who are learning are more likely to stay in school. Improving learning could be key to achieving both schooling and learning goals.

The paper draws on longitudinal quantitative and qualitative data from the Young Lives Surveys in Ethiopia, India, Peru, and Vietnam to understand why children drop out of school. The quantitative data reveals a strong link between low learning and later dropout. The qualitative findings reveal that low learning often underlies other, more commonly cited reasons girls drop out such as marriage or work. Girls report seeking ways to provide for their futures, and when it becomes clear that they are learning too little for school to provide future security, they seek other means such as a husband or a job.

A strong link between learning and later dropout 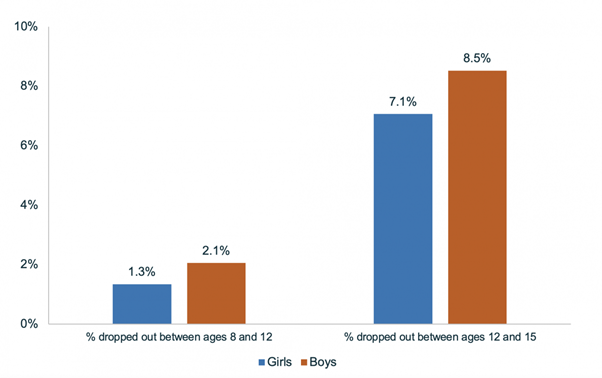 Figure 1: Girls in Young Lives countries are less likely to drop out than boys

Source: Authors’ analysis of Young Lives surveys. Differences in dropout rates between girls and boys are statistically significant (p<0.05) in both time periods.

Taken together, these results show a strong relationship between low learning and school dropout for both genders. Further, they suggest that even after controlling for other commonly cited factors precipitating dropout, girls are still less likely to drop out of school than boys (suggesting efforts to keep girls in school should perhaps expand to also help keep boys in school). 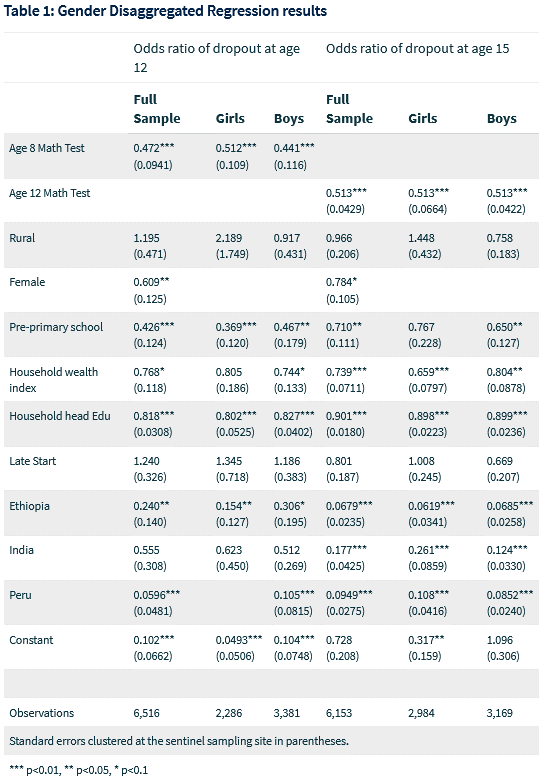 Qualitative findings suggest that low learning contributes to girls dropping out of school in multiple ways. Rather than passively failing out of school, girls often exercise a great deal of agency in their decision to drop out, utilising their own assessments of their learning and the quality of education provision to make a dropout decision. Biritu in Ethiopia, for example, recognised the shortcomings in the education she was provided, and decided not to continue: “When I evaluated my grades in the past seven grades, I found out that I was not able to sit for the next year national examination because we were not taught very well.”2 Fifteen-year-old Esmeralda in Peru felt shame from failing classes and repeating grades, and eventually dropped out: “Having failed two courses that she needed to progress to the third grade, she left the school because she did not want to repeat the grade. She expressed being ashamed of re-doing a grade with younger children, particularly in the same group as her younger brother.”3

In other cases, parents chose to discontinue their daughter’s schooling because of low learning; while parents often blamed what they perceived as their child’s low inherent abilities, researchers place blame on the quality of the education being provided by the education system. In Vietnam, Ho Nit’s parents thought she was slow and struggled to remember what she was taught: “The letters know her but she does not know the letters,” lamented her mother.4 Similarly, although Long wanted to continue her studies, when she failed her Grade 9 exams her parents concluded that her innate academic capabilities were incompatible with further schooling.5

The qualitative findings also reveal that low learning often underlies other more commonly cited reasons girls drop out of school, such as marriage and work. In Ethiopia, while Beletech’s caretaker wanted her to continue schooling instead of marrying, she decided to elope after losing interest in school following years of low learning.6 Qualitative findings across the Young Lives dataset indicate that girls are more likely to elope or have early marriages arranged when low learning has already led them to drop out.

Furthermore, girls commonly feel pressure to secure a future for themselves when they see that they are learning little in school, and they often see marriage as a future-proofing strategy.7 When Fatuma, in Ethiopia, learned she had failed the national exam, “she started devising other coping mechanisms for survival … After realizing that neither further education nor jobs were forthcoming, Fatuma began to envisage getting married. She soon married and had her first child the next year.”8 Girls similarly see work as a way to provide for their future. In Ethiopia, a sixteen-year-old girl explained that she was learning embroidery and sewing from a local mosque in addition to her formal education, as she was worried that she might fail her national exam and be perceived as a burden to her family.9

These findings add to the growing body of evidence showing that girls’ learning is critical to ensuring that they realise the full benefits of education. The much-touted health and social benefits of girls’ education, such as lower child mortality and fertility rates, are in part driven by girls achieving foundational skills like literacy, and as this new RISE paper shows, girls who are learning are more likely to stay in school. The international community has set ambitious and mutually reinforcing goals for girls’ education. Focusing on girls’ learning will be key to making both goals a reality. 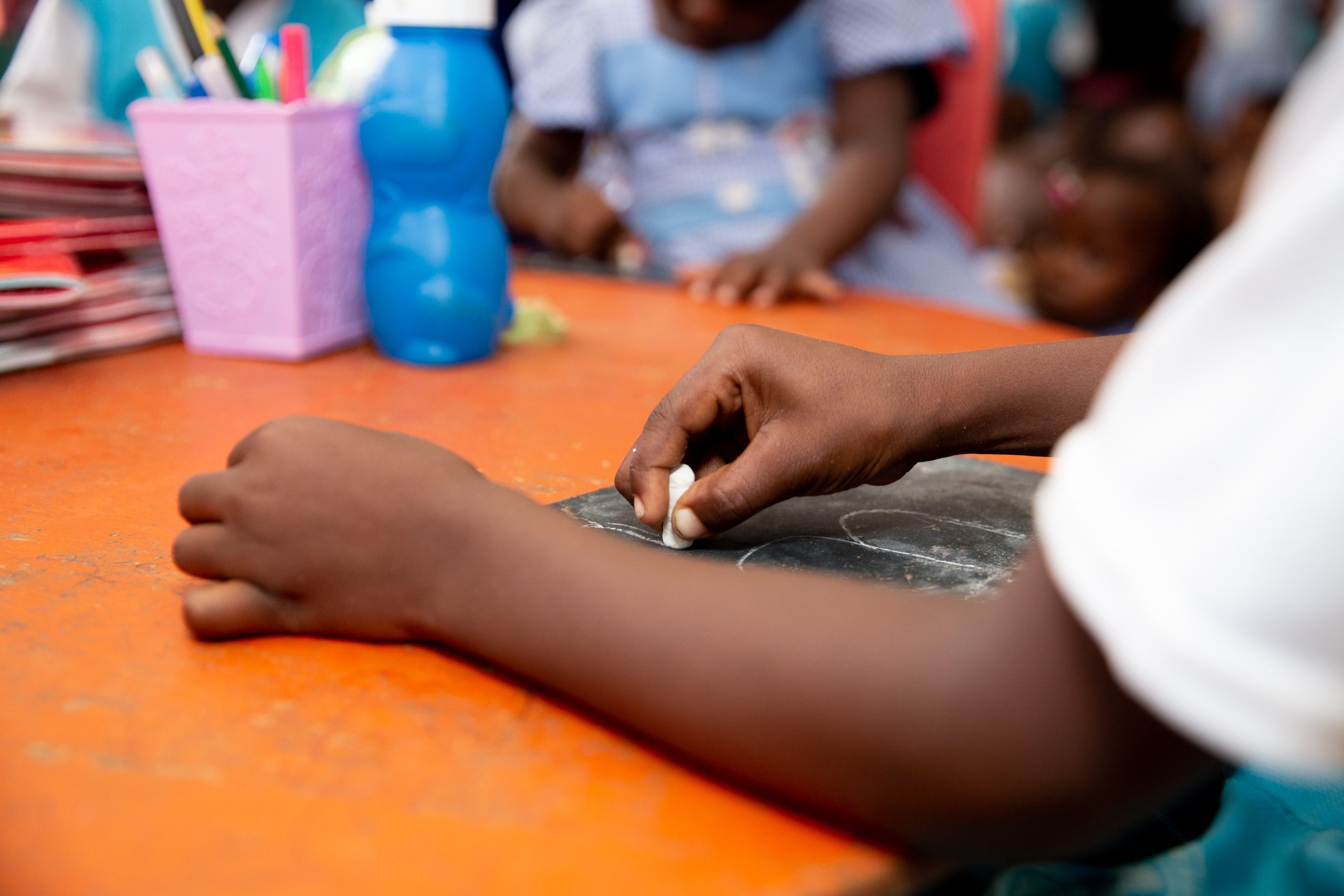 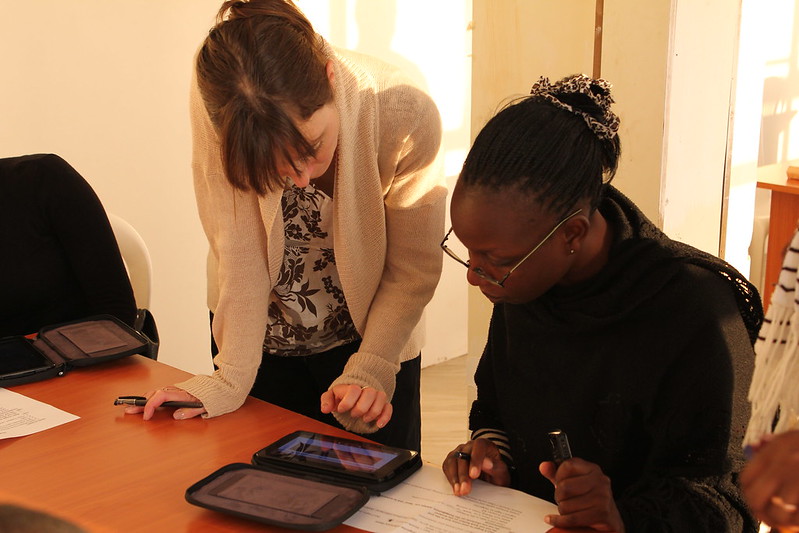 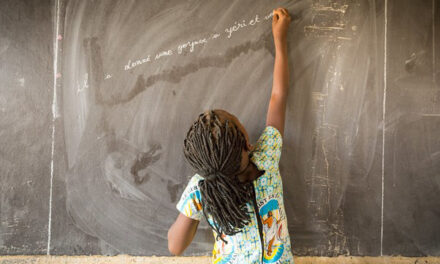