You are here: Home › Forum › Critique › Opinion: The World Bank shouldn’t be setting global goals for education
By David Archer on November 21, 2019 in Critique 1

This blog was written by David Archer and originally published on the Devex website on 25 October 2019. David is Head of Participation and Public Services at ActionAid, having been Head of Education for many years. He is a co-founder of the Global Campaign for Education, Chair of the Board of the Right to Education Initiative, Chair of the Strategy and Impact Committee of the Global Partnership for Education, and Trustee for UKFIET. 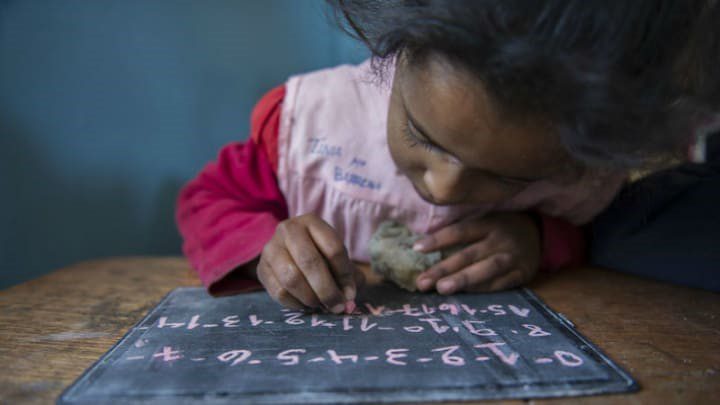 The World Bank is not alone in being outraged that most children in low-income countries cannot read by the age of 10. The scale of inequality is stark: 90% of children can read by age 10 in the richest countries, while 90% fail to do so in the poorest countries.

Its response, announcing a new global target for education to cut the rate of “learning poverty” at least in half by 2030 seems at first glance a highly progressive step. But it is deeply problematic, particularly for girls and children in the most vulnerable situations.

The bank argues that the Sustainable Development Goal on education is too ambitious, involving a set of unachievable targets which are distracting developing countries from focusing on this crucial issue: the percentage of 10-year-olds who cannot read and understand a simple story.

This is not a new agenda for the international financial institution. They argued vigorously in 2013 and 2014 for the global goal of education to be focused on early years learning. However, they lost that argument following a very comprehensive consultation process, which included developing countries, that led to the framing of a broader and more inclusive SDG 4 on education.

Designing systems to serve just one narrow target, especially one chosen by an external actor, rarely works. There were good reasons for agreeing to a broad global goal to ensure inclusive education of equitable quality and lifelong learning opportunities for all. With over 64 million children still not enrolled at primary level, many countries still need to consider access and not just quality.

Equity is a critical issue in education systems and specific attention is needed for different children, for example those with learning disabilities, children of migrant workers, or those affected by conflict and trauma. There is an interdependency between investment in education at all levels. Children who come from illiterate households struggle to learn so literacy programs for women and youth can be crucial.

Improving secondary education is central to achieving the transformative potential of education for girls. Even the poorest countries need to invest in higher education, not least to train the next generation of teachers.

Why does the World Bank feel that it is best placed to tell the rest of the world what to focus on in education? It is not the United Nations’ agency mandated to focus on education. Ultimately, it is a bank led by economists concerned principally with the economic returns to education. Is this the only thing that we should care about in education? How many of us would be happy to entrust the education of our children to bankers?

Every attempt to narrow targets has wider implications. In 2000, the global education community agreed to six Education For All goals. One of those goals was elevated to the status of being a Millennium Development Goal then championed by the World Bank — universalizing access to primary education. Since then, more than 50 million children have enrolled in primary school — but the bank now laments the narrow focus of that goal — arguing that while access increased, quality dropped. The wider education community has always argued for the six broader goals, which included quality.

There are many potential unintended consequences in focusing on “halving learning poverty by 2030” and prioritizing investment in measurement. To achieve this narrow goal, countries may focus on the children who are easier to reach — from better-off backgrounds — thus further exacerbating inequality. Countries may also focus so much on measuring learning that they fail to invest in some of the obvious steps such as investing in more trained teachers, which would actually improve learning.

Perhaps the biggest disappointment is that the proposals ignore the most important intervention of all — and where the World Bank is best placed to act — increased financing for education. The most obvious cause of the learning crisis in many countries is that, while enrolment has risen by millions in recent years, investment has not. The result is children in overcrowded classrooms with undertrained teachers. Even the best teachers will struggle to achieve outcomes when there are over 100 children in a classroom.

The World Bank and the International Monetary Fund have more influence than anyone else over ministries of finance in developing countries. It is their loan conditions or policy advice that have blocked countries from employing more teachers and contributed to the chronic underinvestment in public education, and other services, in recent decades.

Thankfully, the World Bank had a second major announcement last week — setting up a Global Platform for Education Finance. This platform “will work with country governments to develop credible sector financing strategies” and “assess macroeconomic conditions and overall fiscal space.” This sounds genuinely promising, but it is a concern that no reference is made to the need for the World Bank and IMF to change their own policies and advice.

Indeed, the focus seems to be more on improving efficiency, aligning funding to learning targets and collecting better data. This risks becoming the vehicle for the World Bank to narrow the financing of education, focusing resources on achieving its narrow targets. That would be a serious mistake.

Rather than scaling down the globally agreed education goals, the World Bank should get serious about scaling up investments in public education systems, supporting links with global and national tax reforms, and removing the financial constraints that block countries from achieving the full SDG 4 agenda.

Words are all I have: Doing inclusive inclusion research
Teaching For All – Mainstreaming Inclusive Education in South Africa

One Response to Opinion: The World Bank shouldn’t be setting global goals for education