We are delighted to announce our plenary speakers for the 2017 Conference. 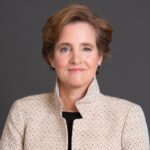 Ms. Alice P. Albright was appointed as the first Chief Executive Officer of the Global Partnership for Education’s Secretariat in February 2013. Since joining GPE, Ms. Albright has strengthened the position of GPE to be a major delivery agency of the Sustainable Development Goals agenda.

Ms. Albright travels extensively to GPE partner countries and meets with ministers of education and finance, as well as all education stakeholder groups, to promote progress and support efforts toward a quality, inclusive education.

The Global Partnership for Education is made up of 65 developing country governments, as well as other donor governments, civil society organizations/NGOs, teacher organizations, international organizations, and private sector organizations and foundations. Their common mission is to mobilize global and national efforts to contribute to the achievement of equitable, quality education and learning for all, through inclusive partnership, a focus on effective and efficient education systems and increased financing.

Before taking on her role as CEO at GPE, Ms. Albright served in the Obama Administration as the Executive Vice President & Chief Operating Officer of the Export-Import Bank of the United States (Ex-Im Bank) from 2009 to 2013. In that position she led a significant expansion of the bank’s operations. Ms. Albright also launched a number of initiatives to modernize Ex-Im and extend its reach to underserved businesses and markets.

From 2001 to 2009, Ms. Albright served as the Chief Financial and Investment Officer for the Global Alliance for Vaccines and Immunizations (GAVI) and from 2003, additionally, as the head of GAVI’s Washington, DC office. Working closely with GAVI’s partners, she helped develop and implement the strategy that transformed GAVI from a start-up to one of the most successful and respected public-private partnerships working in international development. Ms. Albright led GAVI’s innovative finance program, which enhanced the delivery and financing of vaccines and immunization services in the world’s poorest countries. She also led GAVI’s efforts to design and launch the International Finance Facility for Immunization, an award-winning program to enhance GAVI’s ability to finance the purchase of vaccines.

Previously, Ms. Albright worked as a banker with a focus on emerging markets and held a variety of positions at the Carlyle Group, JP Morgan, Bankers Trust Company and Citicorp.

Ms. Albright serves on the Expert Panel on Financing Education of the Education Commission, two working groups to explore financing and refugee education issues, the Board of Regents at Mercersburg Academy, the Board of Directors of the UNESCO Institute of Statistics, and the Strategic Advisory Group of the Hilleman Labs. She is a member of the Council on Foreign Relations. She graduated with a BA with Honors in History from Williams College, holds an MA from Columbia University’s School of International and Public Affairs, and is a Chartered Financial Analyst. 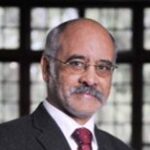 Crain Soudien is the Chief Executive Officer of the Human Sciences Research Council and formerly a Deputy Vice-Chancellor at the University of Cape Town where he remains an emeritus professor in Education and African Studies.

His publications in the areas of social difference, culture, education policy, comparative education, educational change, public history and popular culture include three books, four edited collections and over 190 articles, reviews, reports, and book chapters, including a 2017 publication entitled “Nelson Mandela: Comparative Perspectives of his Significance for Education”. He was educated at the Universities of Cape Town and UNISA and holds a PhD from the State University of New York at Buffalo. 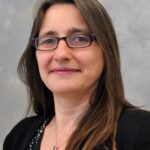 Pauline Rose joined Cambridge University in February 2014 as Professor of International Education, where she is Director of the Research for Equitable Access and Learning (REAL) Centre in the Faculty of Education. She is the current President of the British Association for International and Comparative Education (BAICE).

She is also Senior Research Fellow at the UK Department for International Development. Prior to joining Cambridge, Pauline was Director of the UNESCO Education for All Global Monitoring Report (from August 2011) during which time she directed two reports on youth, skills and work, and on teaching and learning. Before joining the EFA Global Monitoring Report, Pauline was Reader in international education and development at the University of Sussex.

Pauline is author of numerous publications on issues that examine educational policy and practice, including in relation to inequality in access and learning, financing and governance, and the role of international aid. She has worked on large collaborative research programmes with teams in sub‐Saharan Africa and South Asia examining these issues. Throughout her career, she has worked closely with international aid donors and non-governmental organisations, providing evidence-based policy advice on a wide range of issues aimed at fulfilling commitments to inclusive quality education for all.

The aim of the plenary is to share views from different constituencies across the UKFIET community (academics, practitioners, policy makers, teachers, learners  etc) on critical questions for  research, policy and practice related to the conference theme of learning and teaching  for sustainable development.  The Panel will include: 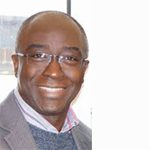 He has published widely in international journals on education and development. His research interests covers the areas of teacher education in development context, evaluation of large scale education programmes, policy and practice of pre-tertiary education in Ghana and its implications beyond that context. He has particular interest in the political economy of education systems in low-income countries and how it impacts education innovation in that context. His research has aimed to offer alternative viewpoints on educational policy and practice based on critical perspectives and experiences of policy makers, school leaders, teachers and students in African education environments. Kwame has worked on numerous international research and evaluation projects with organisations such as UNESCO, JICA, DFID and the World Bank. In 2001 he was appointed a visiting Professor at the Centre for International Cooperation in Education (CICE) in Hiroshima University. In 2002 he was appointed a Senior Fulbright Scholar in Georgia State University, USA where he carried out comparative studies on international teacher education policy and practice. From 2011 to 2013, Kwame served as a senior policy analyst with the Education for All Global Monitoring Report team at UNESCO in Paris. 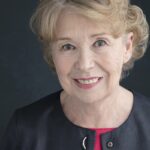 Ann Cotton is the Founder and President of Camfed, an international non-profit organisation tackling poverty and inequality in sub-Saharan Africa.

Camfed’s goal is to replace the existing cycle of poverty and inequality with a new cycle of empowerment and opportunity. The organisation supports girls and young women through school, and on to new lives as entrepreneurs and community leaders. To complete this “virtuous cycle”, graduating students become alumnae and many train and mentor new generations of students. More than 4.4 million children have already benefited from Camfed’s programmes in a network of 5,488 partner schools across Zimbabwe, Zambia, Ghana, Tanzania and Malawi. In 2014, Camfed was recognised by the Organisation for Economic Co-operation and Development for best practice in taking development innovation to scale.

Ann is an Honorary Fellow at Homerton College, and Social Entrepreneur in Residence at the Cambridge University Judge Business School. She is a noted speaker on international platforms, including the World Economic Forum, the Skoll World Forum and the United State of Women Summit. Ann has won numerous awards, including an Honorary Doctorate in Law from Cambridge University; an OBE; the Skoll and Schwab Awards for Social Entrepreneurship; and the UK Woman of the Year. In 2014, Ann received the 2014 WISE Prize as Education Laureate. 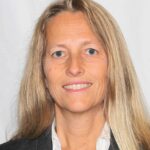 Gerd-Hanne Fosen is currently an Education Policy Director with the Norwegian Agency for Development Cooperation (Norad). She was previously the Head of Education in Norad. Prior to joining Norad in 2014, Fosen was the Director of Education at Save the Children Norway. She has also been the Secretary-General for the Norwegian National Commission for UNESCO and has worked as a Senior Advisor in the international department within the Norwegian Ministry of Education and Research.

Fosen has worked in the field of education and development for most of her professional life. 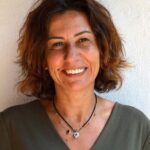 Nayla Fahed is president and co-founder of Lebanese Alternative Learning, a non profit Lebanese organisation that uses digital learning, online and offline platforms, and creative interventions to reach vulnerable communities. Through a grant from the Malala Fund, she is focusing on expanding a STEAM skills through e-learning programme to Syrian refugee girls in non-formal learning centres in Lebanon. Partnerships with several local educational institutions as well as international NGOs and CERD, the Center for Educational Research and Development will enable the programme to reach a larger number of students in the near future. 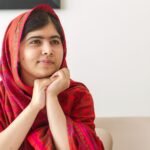 Malala Yousafzai is a Pakistani activist, student, UN Messenger of Peace and the youngest person ever awarded the Nobel Peace Prize. At age 15, she was shot by the Taliban for speaking out against their ban on girls’ education. Malala recovered, continued her campaign and, as co-founder of Malala Fund, is building a global movement of support for 12 years of girls’ education. 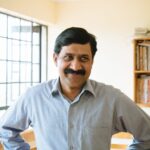 Ziauddin Yousafzai, co-founder of Malala Fund and board member, is Malala’s father. For many years, he served as a teacher and school administrator in his home country of Pakistan. In 2012, Ziauddin became a United Nations Special Adviser on Global Education.

New Workshop strand for Conference 2017
Preparing for the 2017 UKFIET conference: what sessions should I go to?