This article, written by Maria Tennant, was originally posted on the Open University website on 9th June 2018.

The OU’s Emeritus Professor of Education Bob Moon has been awarded a CBE in The Queen’s Birthday Honours List for his pioneering work in teacher education in developing countries.

Formerly a headteacher, Professor Moon joined the OU in 1987 and was instrumental in introducing teacher education and training. The OU’s PGCE ran for 25 years and helped thousands of mature students qualify as teachers. 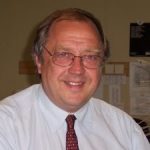 Professor Moon said, “I’m really proud to have received recognition for the ground-breaking research and development made possible by the OU and other organisations. The OU has played a lead role in teacher education and training across the developing world and is now the principal expert in teacher training in developing countries.”

Millions of teachers in Africa have benefited from TESSA, which has become the continent’s biggest and longest running international teacher training project.

For nearly 20 years TESSA has worked successfully in some of the poorest countries of the world, and its success led directly to the equivalent programme in India, TESS-India, and the award-winning ‘English in Action’ programme led by the OU in Bangladesh, both supported by the Department for International Development (DFID).

The CBE also recognises Professor Moon’s advisory work on teacher education reform for national governments in several countries, including Egypt, Pakistan and South Africa. He has also advised international organisations such as UNESCO, the European Union and The World Bank.

In 2009 he was elected to the Academy of Social Sciences in recognition of his contribution to education research.

Professor Moon has advised the UN agency UNRWA on improving conditions in the Palestinian refugee camps across Jordan, Lebanon, Syria, the West Bank and Gaza. He is also the education specialist on DFID’s Research Advisory Group.

From headteacher to professor

He continues, “This award doesn’t just recognise my work, but also that of many other people and institutions. Thank you to the hundreds of staff who helped to make the programmes such a success.”

“I’d particularly like to thank my wife Martine for her support over the years, former Dean of Education Professor Ann Floyd who was really encouraging, and the crucial support of former Vice Chancellors Sir John Daniel, Brenda Gourley and Martin Bean.”

Who teaches refugees?
Voices of the Next Generation – Insights from the Early Career Conference 14 June 2018