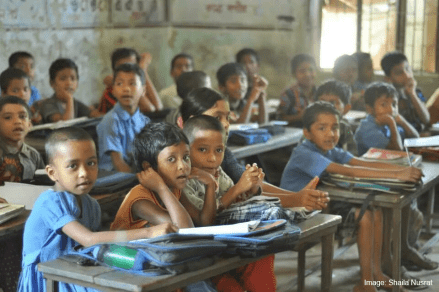 By David Archer (UKFIET Board of Trustees and ActionAid). This blog was originally posted on the World Education Blog on 9 February 2018. Reposted with permission.

The Global Partnership for Education replenishment event, co-hosted by President Macron and President Macky Sall on 2nd February in Senegal, was a landmark

moment for education financing. Over $2 billion were pledged by donors for the GPE’s core fund to support developing countries with credible education sector plans over the coming years. More dramatically, over $30 billion was pledged by developing country Presidents and Ministers to their own citizens – increasing projected budgets for education from $80 billion to $110 billion. This should mark a turning point in how we all conceive the GPE and its potential in the coming years.

The partnership of donors, developing countries and strong civil society representation is a key strength of GPE and it is the inter-dependency of these that has helped GPE make a breakthrough. Too often in the past, aid funding has displaced domestic spending in the education sector, as in other sectors. A few years ago, one government that will remain nameless cut its spending on education from 17% of the budget down to 14%` and then approached GPE for a grant of $100 million to fill the gap. This ends up doing more harm than good – replacing sustainable domestic funding with short term and unpredictable aid. GPE responded by making it an absolute requirement that developing county governments maintain or increase their own spending (towards or beyond a benchmark of 20% of national budgets) to be eligible for GPE support.

In the previous replenishment of GPE in 2014, developing countries made their own pledges for the first time and promised to increase spending by $26 billion. This was bold but lacked credibility as the pledges lacked baselines and the formats in which they were presented made it almost impossible to track. ActionAid, working with the Global Campaign for Education, reviewed the progress of these pledges to the extent possible and found they fell short in many ways. We used this to make the case for more credible domestic pledges in the future. The secretariat of the Global Partnership for Education has now done systematic work to ensure that the pledges made on 2nd February 2018 all have clear baselines, are formulated in a clear way and can indeed be tracked.

This time, then, the $30 billion announced by developing countries should constitute truly serious commitments – and so it is not unreasonable to say that GPE mobilised a total of $32 billion for education over the coming three years. This makes it bigger than any other replenishment of any other fund that I am aware of – and more importantly, the vast bulk of this money is predictable and sustainable domestic financing and is focused on promoting systemic reform. Too many other global funds, such as those in the health sector, end up displacing domestic funding, supporting short term projects for earmarked initiatives and sometimes undermining rather than reinforcing systems. Having lived in the shadow of health funds for many years, the education sector should truly celebrate!

There are of course some BUTs. Firstly, the way in which the GPE measures the share of the budget spent on education must be reassessed, looking at total government spending, before debt servicing rather than after debts have been paid. This is the standard practice (see for example GEM Report 2017/18 Box 20.1 page 267) and changing this as GPE has proposed is deeply problematic, not least because it normalises debt at a time when debt levels are rising and often constrain education spending.

Secondly, the full detail of all the domestic funding pledges need to be transparently shared, immediately, so that national civil society actors can hold their governments to account on financing, knowing exactly what they promised. It must be representative broad-based alliances of national civil society, not the GPE or donors, that play this role, as governments are accountable to the citizens in their own country for delivering on the right to education. National education coalitions that are members of the Global Campaign for Education are ready to take on this work in 85 countries and simply await the release of the full details of the pledges made by their governments. These coalitions will also pressurise their governments to produce annual National Education Monitoring Reports – which is a key recommendation from this year’s  Global Education Monitoring Report on accountability.

Thirdly, there is an urgent need for GPE to explore new ways for developing country governments to make financing commitments to education. Looking just at the share of the budget spent on education is a blunt instrument and many Ministers of Education in Dakar committed to spend 25% or more, but observed it is still not enough. In many cases the reason is obvious. A large share of a small pie is a small amount. The real challenge for many countries is to increase the size of the pie – by increasing domestic tax revenue. On average the tax to GDP ratio of low income countries is only 16% whilst OECD countries collect more than double that and some countries with strong public services have ratios over 40%. GPE must get serious now about what it can do to support countries to expand their tax base in a progressive way, whilst maintaining or increasing the share of revenues spent on education. President Akufo-Addo of Ghana rightly observed in his speech at the GPE event in Dakar ‘every year $50 billion go out of Africa by illicit means’. He called passionately for fair tax on natural resource extraction and for countries to ‘organise ourselves to ensure that the huge wealth of this continent is used for the benefit of its people and not for those outside’. Civil society campaigners have already made these connections between education justice and tax justice and some donors like Norway and France are now echoing the call. GPE urgently needs to do more to maximise the connections between progressive tax and progressive spending on education.

Fourthly, GPE needs to be exemplary in the way that it engages with the private sector in the coming years. Two of the most glaring ways in which developing countries are losing tax revenue are through governments giving away what the IMF call harmful tax incentives to multinational companies and through aggressive tax avoidance by some of the richest companies. The government of Pakistan for example gives away $4 billion a year in unnecessary tax incentives to big companies – and 20% of that would be enough to get all the 5 million children out of school into school and to enable the deployment of 100,000 new professional teachers. There is a Global Business Coalition on Education that is now connected with the GPE Board and which includes major companies like Microsoft, Intel, Accenture, KPMG, Pearson, Reed Smith, Gucci, Chevron, Tata and Standard Chartered Bank. The biggest single contribution each of them could make to improving education around the world would be for each to commit to fully transparent country-by-country reporting of their tax affairs so that they are in the forefront of paying fair taxes in the countries where they make their profits. This should be a requirement for those who wish to engage seriously with GPE.

Finally, we all need to help GPE to hold the donor community to account. Donor countries delivered just over $2 billion (with notable commitments from EU, UK, Norway, France, Denmark, Sweden, Canada and UAE – and even a small grant from Senegal itself!) but the GPE hoped to raise over $3.1 billion. As the Global Education Monitoring Report 2017/8 powerfully observes, those who are least accountable in education tend to be the international community. Here again, civil society pressure will be crucial. Some donors really need to commit more funding and all donors need to deliver on their promises without imposing conditions.

Let us all work together to celebrate this ground-breaking replenishment of GPE and let us understand that it marks a fundamental shift of power, rightfully placing developing countries and their citizens at the heart of the progress we are making on fulfilling the right to education. 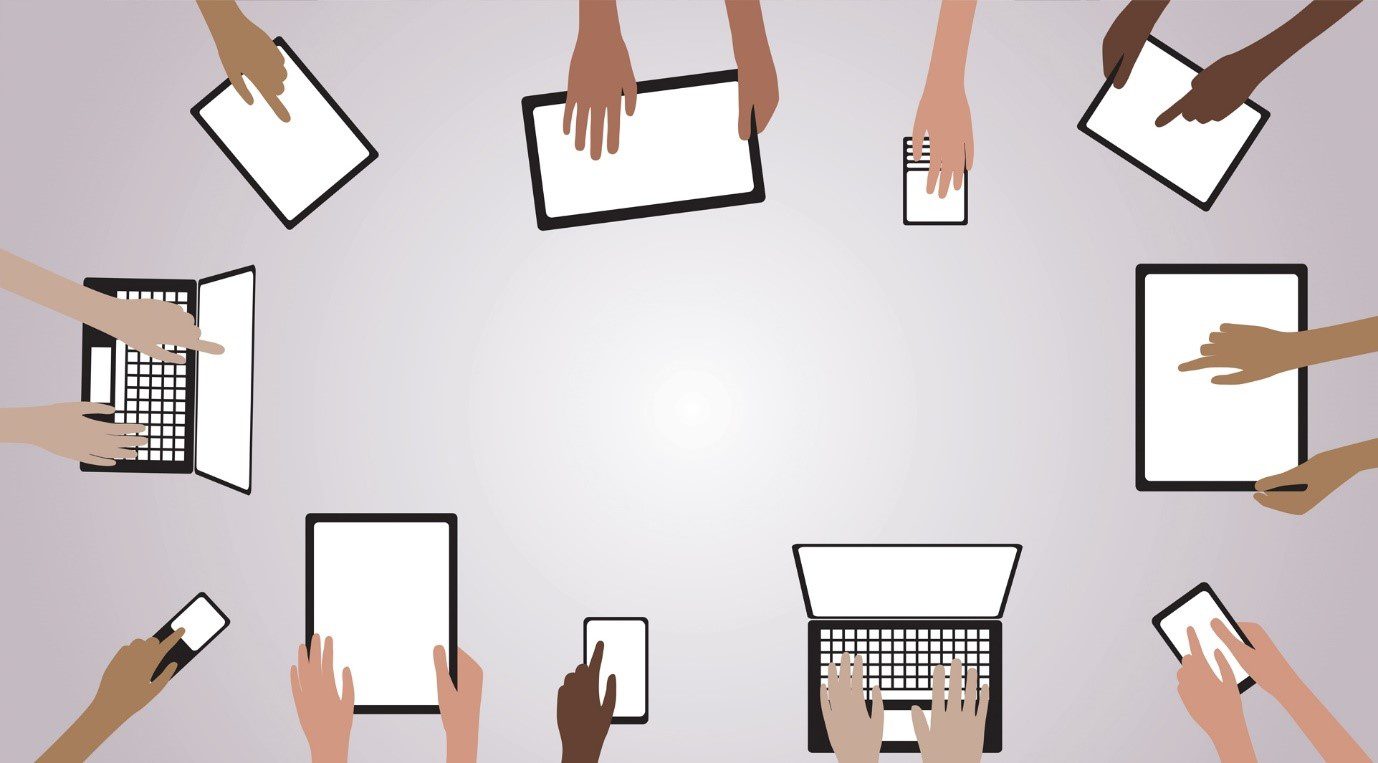 Disaster Philanthropy: Exploring the Power and Influence of the Private Sector and For-Profit Philanthropy in Pandemic Times 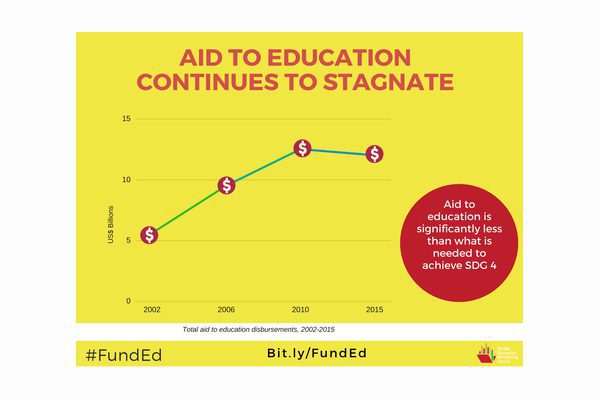 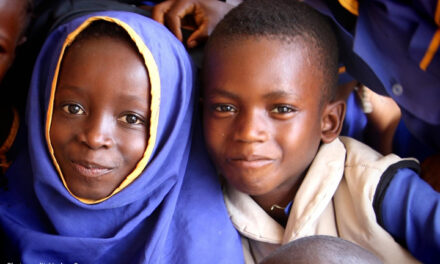