Since the first appearance of the hashtag #BlackLivesMatter in 2013, the Black Lives Matter (BLM) movement has mobilised to demand that Black dignity and humanity is a global agenda. BLM’s call to halt the physical and ontological destruction of Black lives and to affirm the unconditional worth of Black people has resonated across the world. Recent anti-colonial and anti-racist uprisings, building on previous eras of struggle, have brought the enduring forms and effects of racism firmly into view, interrogating anti-Black racism and other forms of state violence: the oppression of minority groups under ethnonationalist regimes, the aggressive anti-migration policies of European and white settler states, systemic Indigenous and Black incarceration, and the ongoing police brutality and killing of Black men, women and non-binary people. These are interlocking systems of racial domination which reveal how anti-Blackness, ethnonationalism, and white supremacy are asserted through social and political institutions – from policing and health, to education and beyond – structuring the lives and futures of Black people, Indigenous people, minority ethnic communities, and people of colour. There is, thus, an urgent need to better understand and counter the grip of anti-Blackness and its structural, ideological, and material implications, and racial thinking more broadly, on education research, policy and practice.

Comparative Education Review joined many institutions in issuing an anti-racist statement and action plan in response to the renewed BLM protests of recent months.1 In it, anti-racism and social justice are named as foundational to the journal’s future contribution to comparative and international education (CIE). This Special Issue will extend CER’s expressed commitment to anti-racist action by paying homage to and engaging with the theory and praxis of the BLM movement – exploring its local and global implications. From public demonstrations in the US and around the world following the killing of George Floyd to ongoing protests in Nigeria against police brutality, government institutions and civil society are now actively engaged in identifying and transforming the systems and structures that sustain anti-Black racism. The Black Lives Matter movement reminds us that abolishing the political, physical and social death of people of colour across the world – those categorised as objects of state authorised racism – undergirds anti-racist commitments in education.

The Special Issue will support theoretical, historical, empirical and creative knowledge-generation to help forge new lines of anti-racist analysis, inquiry and action in the field of CIE. Following BLM’s attention to the particularity of anti-Blackness racism, we seek high-quality papers and review-pieces which demonstrate how education variously interlocks with, and challenges, racialized systems and meanings, shining a light on the full and complex ontology of racism in different contexts and the ways social actors engage and interpret BLM discourses and praxes in their local contexts. We particularly seek analyses that take a comparative perspective. This might include examinations of how racism is differently configured across state and regional contexts (for example, examining different forms of anti-Blackness, anti-Indigenous violence, casteism, Islamophobia, and ethnonationalism in education), or how different forms of racism are complexly interconnected through transnational histories (for example, through the global structures of white supremacy and anti-Blackness established by European colonialism). Papers included in the Special Issue will show how racial discourses articulate with other forms of division and inequality – class, gender, disability and so on – in order to build intersectional modes of understanding social domination.

We particularly encourage research papers that respond to the following themes in order to make new and significant contributions to comparative and international education:

The Special Issue will also include a substantial Reviews and Media Section which will showcase the creative interventions and forms of collective redress led by anti-racist activists and artists across the world. Creative works could include, but is not limited to: poetry, fiction, interviews, media analysis, exhibition or film study, and reviews of other kinds of arts-based anti-racist engagement. The section will also include book reviews and review-essays on new scholarship on racial justice in education as well as reviews from policy-actors and practitioners on anti-racist efforts in education. The bringing together of academic, policy, practitioner, activist, and artistic knowledge-production reflects the intention of the Special Issue to centre questions of epistemic justice – honouring the diversity of histories, frameworks, and experiences – in ongoing struggles for racial justice. 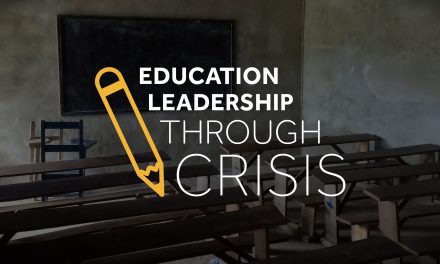